"Take Risks: If you win, you will be happy; if you lose, you will be wise. Nothing ventured, nothing gained." 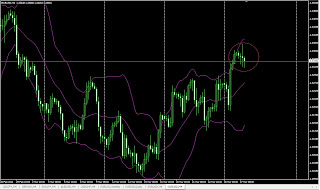 Spotted some bearish candlesticks on 4H chart.. not sure if it means anything. But it does seems like bearish bias. So, action speaks louder than words! IM IN TRADE! LOL. Did a Short @ 1.3328. SL @ 40pips away & TP @ abt 40 to 50 pips away. Shall amend if there is difficulty in achieving it.

So, will TP or SL be hit first... anybody betting? LOL...
Results will be posted after it ends.

Bottle
Posted by traderC at 12:56 AM 2 comments:
Labels: Bottle, Technical Analysis
Email ThisBlogThis!Share to TwitterShare to FacebookShare to Pinterest

Does it remind you of yourself? Just for laugh.... 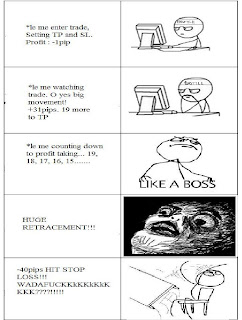 
Bottle
Posted by traderC at 11:55 PM 5 comments:
Labels: Bottle, Our Journey, Our Thoughts in Words
Email ThisBlogThis!Share to TwitterShare to FacebookShare to Pinterest

When EVERYTHING doesnt go your way.

Guess its really hard to "grow" out of this shit. EVERYTHING just goes wrong..
The feeling of "the market is watching u and doing everything against u" is here again... For fuck sake, this is like the countless times this month.. and its like only halfway through.

Have u ever been through times when u studied the chart and went SHORT, some analyst says should LONG. Result : Stoploss. Nevermind, i may have overlooked something here. Let it be.

Next trade, studied the chart again and went LONG, some analyst says should LONG. O yea, finally someone agrees with me. Result : Stoploss. Nevermind, the analyst suck and i suck too. 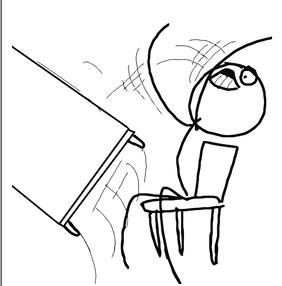 WHAT THE FUCK EVERYTHING I DO IS WRONG!!!!


Yea now its trending these faces... so im just going along. BUT!!! That is really how i felt when this kinda shit happens. HAVE THE GODS NO MERCY????!!!!

On top of all these, i've been following my "system" for a couple of trades. 4 trades to be exact. I got whipped, with 2 stoploss hit and 2 breakeven. Then comes the 5th one that i missed out due to work commitment. IS THE ONE THAT HITS TP IF I TRADED!! 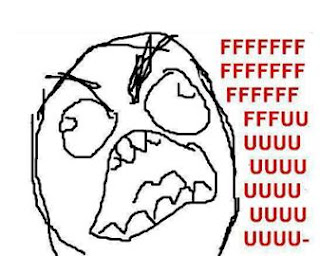 There is more, trust me... but i shall not taint this blog with my negativity. There is still hope. Have faith!


Bottle
Posted by traderC at 11:08 PM 1 comment:
Labels: Bottle, Our Journey, Our Thoughts in Words
Email ThisBlogThis!Share to TwitterShare to FacebookShare to Pinterest

These are some last week's trade.. some massive tear down once again.. sigh. I seem so good at making exactly the opposite trade from the market. Both positions did not went +10 pips. All the way down! 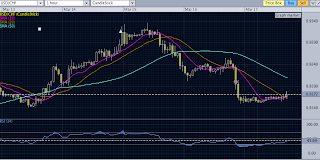 Losses Along The Way

Looking for a continuous downtrend yesterday before London session. But when New York session arrived it started going up, from +20 to a -68 pips stop loss less than an hour.
Black.
Posted by Black at 5:27 PM No comments:
Labels: Black, Our Journey, Technical Analysis
Email ThisBlogThis!Share to TwitterShare to FacebookShare to Pinterest

Interesting trade above for the Aud/Usd. Went long in view of the cross-over sma lines. My target was at 1.07, risk:reward of about 1:1. Price went up thrice towards a good 50 pips for me to bag (which I usually do), but I just waited for it to break it up, it didn't. So I closed it at +11 pips prior to the Non-Farm Payroll announcement.

Just a short scalp for about +18 pips on the announcement, on Eur/Usd. Eur/Usd quickly reacted to the news, falling from 1.319x to 1.316x right before I tried to click the sell button, more brutal than the 10 pip-spread during the actual minute of the data release.
I supposed some of you are still trading at the moment, this is it for me for the week. Have a great weekend!
Black.
Posted by Black at 10:05 PM No comments:
Labels: Black, Non-Farm Payroll, Our Journey, Technical Analysis
Email ThisBlogThis!Share to TwitterShare to FacebookShare to Pinterest

Meat of the Move

Aud/Usd. Smooth downtrend, but we can't always get the full move, good enough to get the "meat of the move", or it could probably be just a bite, we never know. +51 pips.

A close call here for Gbp/Usd. Went against my trade, but did not close my position before stop/loss because I am trying maintain discipline, I told myself my stop/loss was placed before resistance so trust it! Went back down and close it out one half hour into New York session at profit. +51 pips.
Black.
Posted by Black at 12:27 AM 2 comments:
Labels: Black, Our Journey, Technical Analysis
Email ThisBlogThis!Share to TwitterShare to FacebookShare to Pinterest

Just one trade last week, which took one day to materialize. Netted about +63 pips.
Black.
Posted by Black at 10:27 AM No comments:
Labels: Black, Our Journey, Technical Analysis
Email ThisBlogThis!Share to TwitterShare to FacebookShare to Pinterest

Anyway, these few months my account has been like a roller coaster ride, as usual. Up n down up n down n im still at square one. I wonder if its just me, i always felt that i will make it someday and becomes a full fledge trader! HAHA! Even when trades hit stop loss, i felt like i've learned something from it and as long as i doesnt repeat it, i will reach my goal sooner or later. But unfortunately, it seems rather abit late. =~( What if the day i really achieve my goal is the same day that guy strike his lottery n that kid graduating?? LOL

Some trades i did recently, quite interesting though, is on DOUBLE ZEROES as support and resistance. Scalping 10 to 15 pips at a time during not so violatile hours on smaller timeframes. Areas like 1.3400 and 1.3300. Glad i didnt trade during Bernake's speech. His is like the voice of the emperor. One word one cough or one fart and the whole market shooks with it. Pretty scary what one man can do eh? Its best to shut ur pc and sleep when these important figures are giving speech.

Best of luck to all of u out there!

Bottle
Be happy with what we have. Nothing feels better than being satisfied.
Posted by traderC at 12:14 PM No comments:
Labels: Bottle, Fundamental Analysis, Our Journey, Our Thoughts in Words
Email ThisBlogThis!Share to TwitterShare to FacebookShare to Pinterest 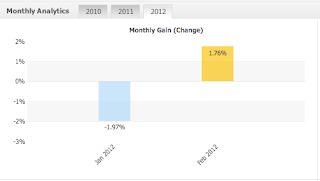 extracted from myfxbook.com (black147)
Didn't know I got to review despite such a low volume of trading for me this month. This month started off with a massive drawdown of about -180 pips. Managed to scrape back along the way but they were all cut-winners. Meaning my losses were closed out by stop/loss, but my winning trades didn't hit take-profit because I bag them along the way. It is not profitable trading because the one stop/loss can wipe out a lot of your winning trades.
Prior to closing for the month I had another -120 pips, but managed to break-even. Lucky month for a positive. Will be putting more focus on trading in March.
Meanwhile, I am on to another psychological book - Van Tharp's Super Trader. Hope to post a review after I finish reading but it won't be soon cuz I'm a slow reader.
Happy Leap Year everybody!
Black.
Posted by Black at 12:05 AM No comments:
Labels: Black, Monthly Review
Email ThisBlogThis!Share to TwitterShare to FacebookShare to Pinterest